From AcaDec Scores and Information Center
Jump to navigationJump to search 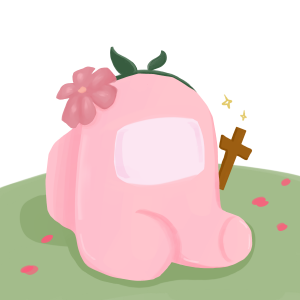 After 7 members from the greatest team Reedy had seen graduated, it looked like it would be a year to rebuild. However, Kashvi, Will, and Jade suddenly appeared from the heavens above, promising us that a better future was in store. After the Irving scrimmage in November, Reedy finally began grinding seriously (as was tradition) and increased scores at a tremendous rate. Following a 69 point loss at the district competition (round 1), the team members were more motivated than ever to make sure they didn't lose twice. Finally, once hours of grinding objectives and neglecting subjectives had passed, regionals came. Despite being one of the toughest series of tests Reedy had seen, the team prevailed over the region 9 Medium division, securing their second consecutive regionals gold and carrying on the legacy of the previous year's team, who were all watching from the heavens of college.

The team was a ragtag bunch. But a diverse one! Only 3 members of the team had been involved in AcDec directly before, H1 Daniel, S3 Felipe, and V1 Farhan. The rest were all promising newcomers. Jade Huang, a junior who signed up for AcDec on a whim, proved her prowess with both her music theory talents and her creative talents. Kashvi Vijay, a sophomore(!), became a Reedy legend breaking numerous records in her first year competing! William Hogsett, a senior who joined from a recommendation was one of the most devoted people on the team. His passion for AcDec inspired everyone to succeed, and further catapulted his incredible performances. Blake Webb, a League of Legends addicted junior, had some unconventional studying methods, but proved to be a great asset to the team. Zachery Wilson joined on recommendation from his brother and was very well-spoken, picking things up quickly. And finally, Srinija Gundlapally, the only freshman on the team, showed her dedication and promised Reedy AcDec a bright future.

As for the returning veterans, Daniel, Felipe, and Farhan, they vowed to carry on the legacy of their graduates, with the goal of making their final year in the program a spectacular one. All three of them had been in the program for many years and this was their final chance. For the sake of their former graduates, primarily Akshay, they had to carry on and ensure the program would remain strong. Daniel was an incredibly dedicated member and was elected president of Reedy Acdec. He committed himself to the team tirelessly, even breaking his phone for everyone's sake, demonstrating his true dedication. Felipe, who had moved from Varsity to Scholastic knew he had to step up his game from last year. To prove that he could be valuable, he decided to make up for last year's performance by committing himself as well. And finally, Farhan had moved from Scholastic to Varsity for this year. Already a strong scholastic, he decided he would not stop until he became invaluable to the team through his scores and his vlogging (leadership).

7 seniors on the team. Their last year of Academic Decathalon. To be written...

You wanna know about the 2020 team whippersnapper? It was majestic, we rode into San Antonio on white stallions and partied all night before the awards ceremony. And best of all, we took home 3rd place at State Super Quiz, kicking Lebanon Trail's stupid a**.